Gargle is a light, hand-drawn newspaper comic dialog typeface designed to harmonize with an informal felt-tip pen style. But it’s not just for comics. Gargle is also suited to imitating the look of an informal fanzine, indie album notes or hand drawn signs.

Three widths are provided to allow word-fit flexibility. In pre-digital comic design, copy-fitting wasn’t the only way to squeeze words into word balloons. If you look at old newspaper comics, you can see how some artists would squeeze and stretch words to make them fit into a word balloon. With Gargle’s three widths, you’ll have some flexibility that you normally couldn’t achieve with a single width typeface. It’s recommended that the bulk of your comic dialog is displayed using capitals. Sometimes, a lowercase letter looks appropriate in words such as iPAD or McKENNA. Lowercase can also be used to indicate reading, thought, radio, vocalizations, whispering etc. In comic dialog emphasis, italics aren’t enough. Italics can still be used to indicate special terms, radio or whispering but if you want to shout, you have a choice of bold or bold-italic. You’ll probably find that the bold italic is the most effective way to emphasize individual words in a sentence while the upright bold works best for yell balloons or sound effects.

In comics, traditionally, the lone letter I is supposed to have serifs while an I in the middle of a word should be plain. Gargle contains OpenType programming which automatically adds serifs the I in words such as I, I’m and initials like M.I.A. Serifs are also added to the I when followed by a lowercase L for words such as Illinois. Of course, the serifed I has three shuffled variations as well.

Gargle lets you create any fractions you like and contains a lot of math symbols, just in case your storyline gets a little math heavy. Gargle contains some useful comic symbols, but you won’t need to look them up in a glyph table. Just use the handy shortcodes below and the symbol will automatically be substituted. You can even type these shortcodes in other languages.


These fonts include a license that allows free commercial use: sometimes referred to as a desktop license. This allows you to install the fonts on a computer and use them to create posters, web graphics, game graphics, t-shirts, videos, signs, logos and more. Read the license agreement for details.

If you'd like to embed these fonts in an app, ebook, on the web or anything that's not covered by the desktop license agreement, visit the link below. You'll find distributors who offer different types of licenses or you can contact me for help. 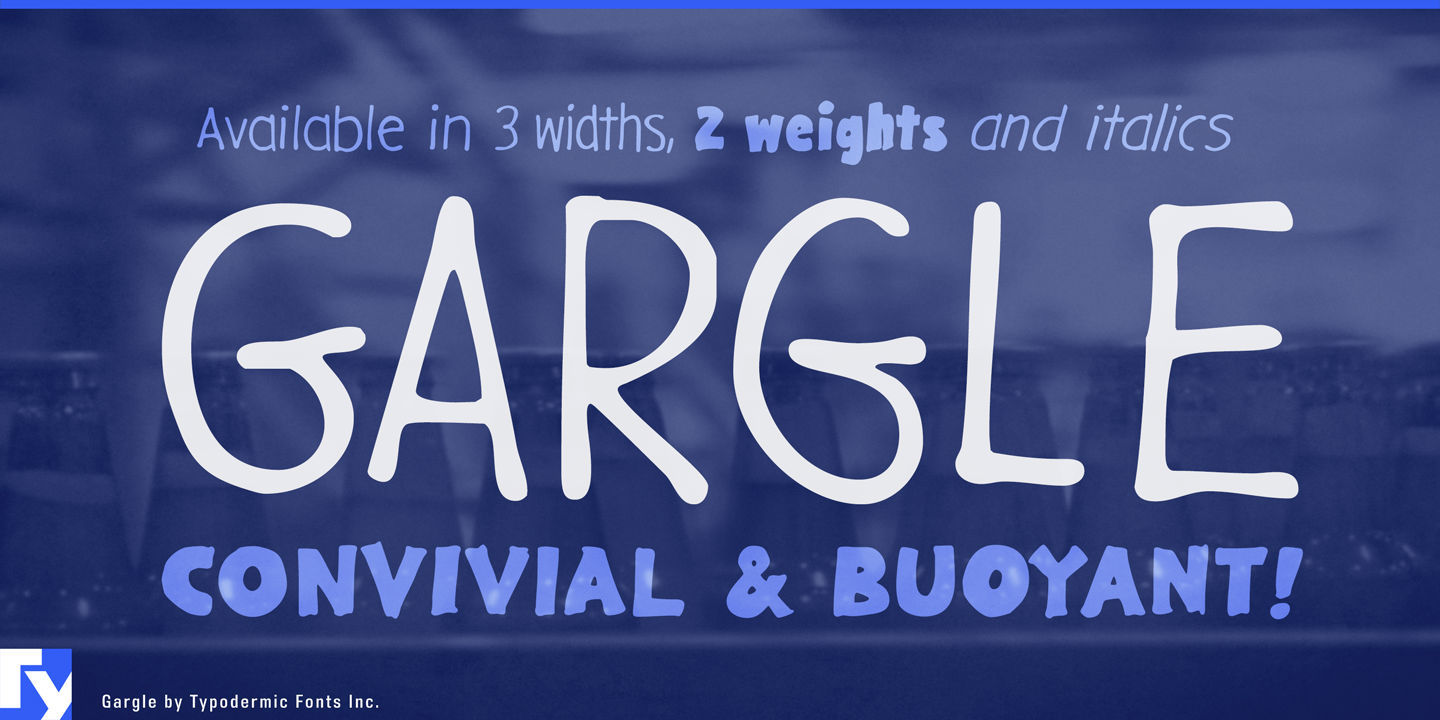 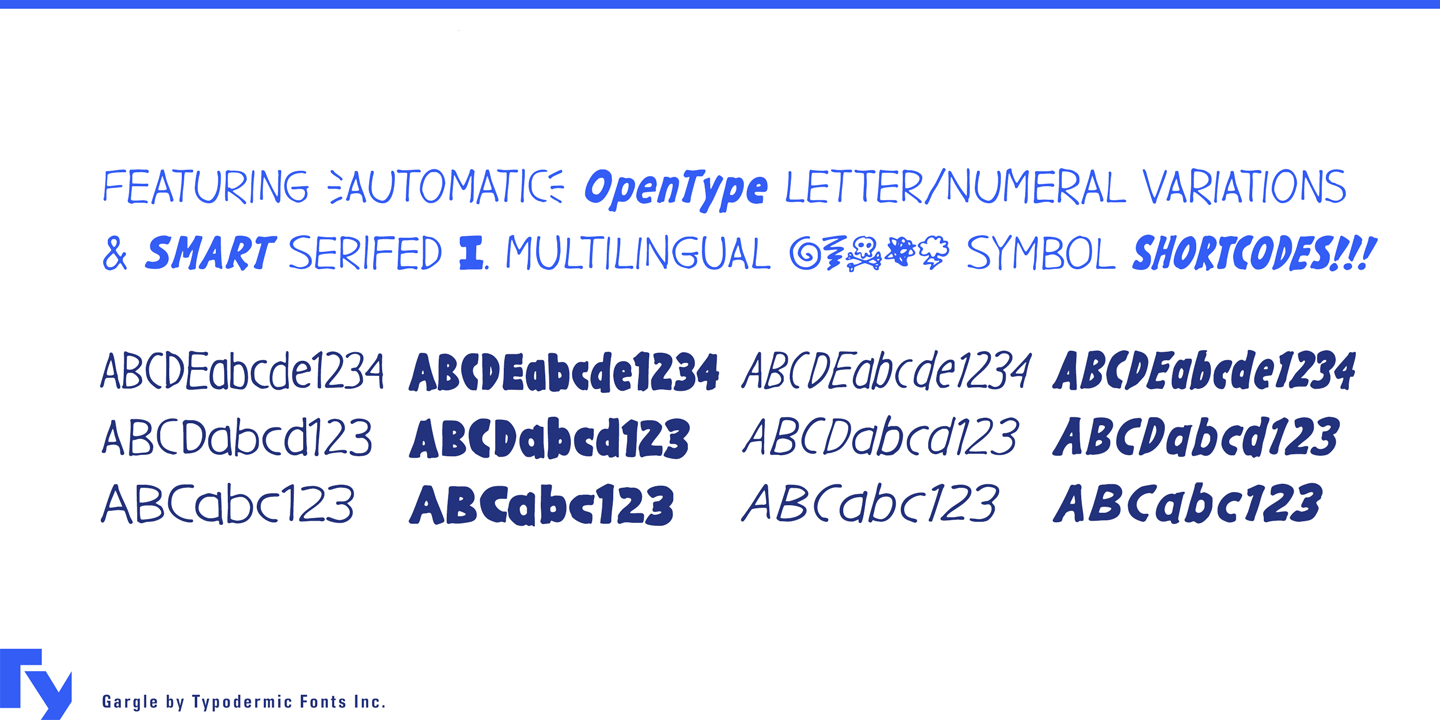 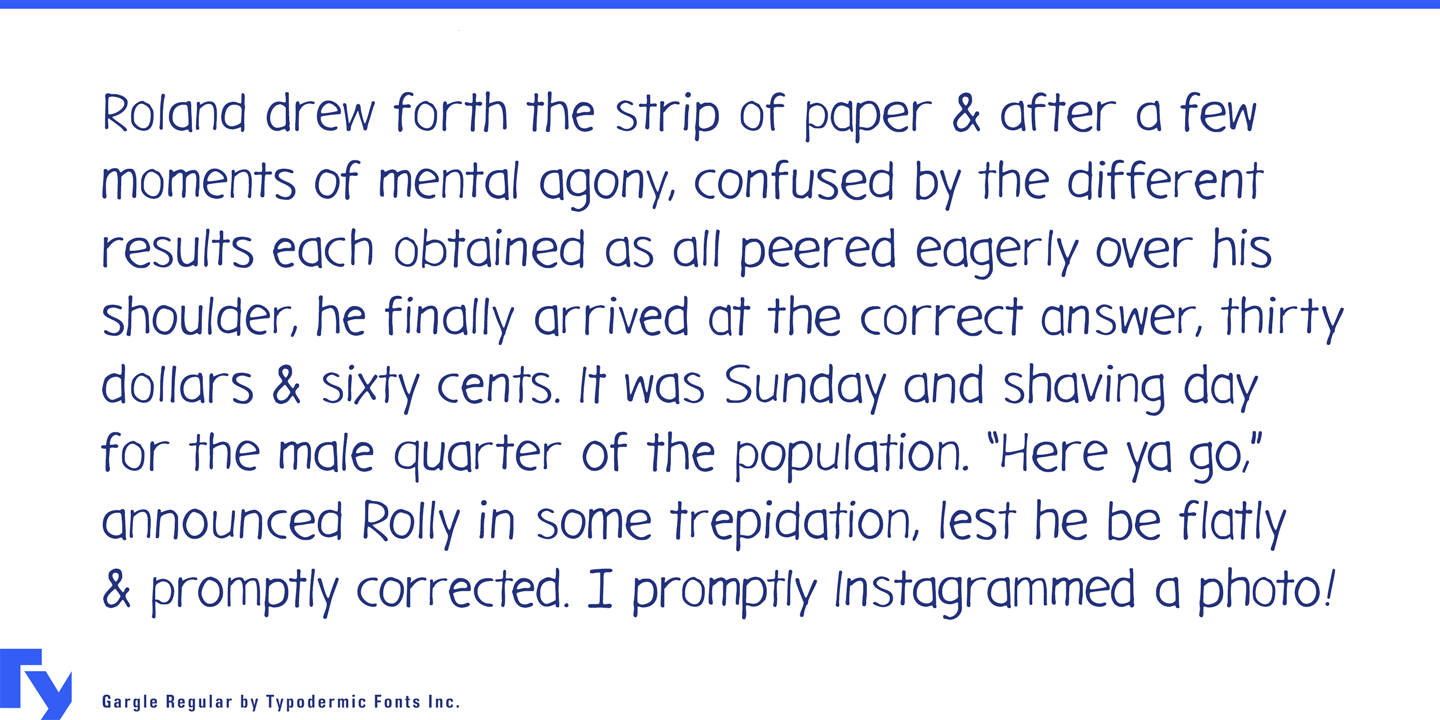 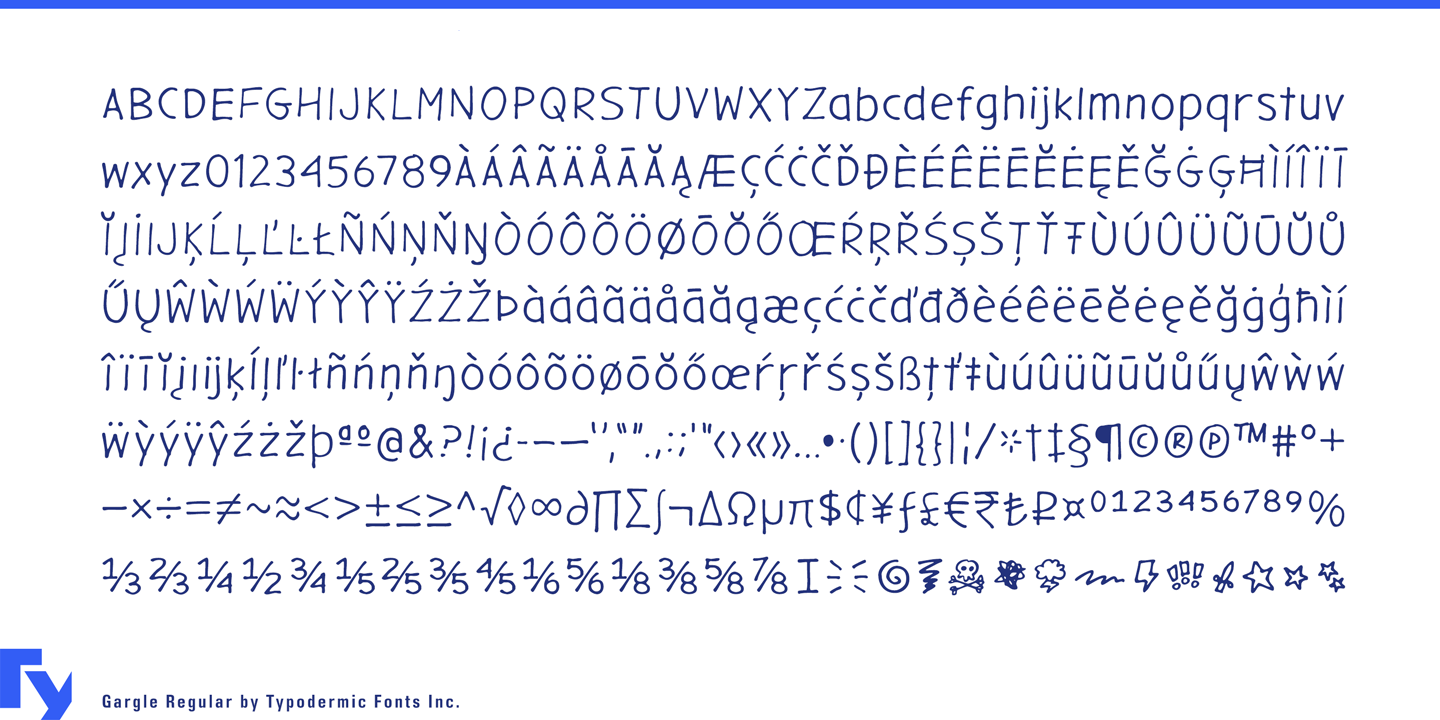 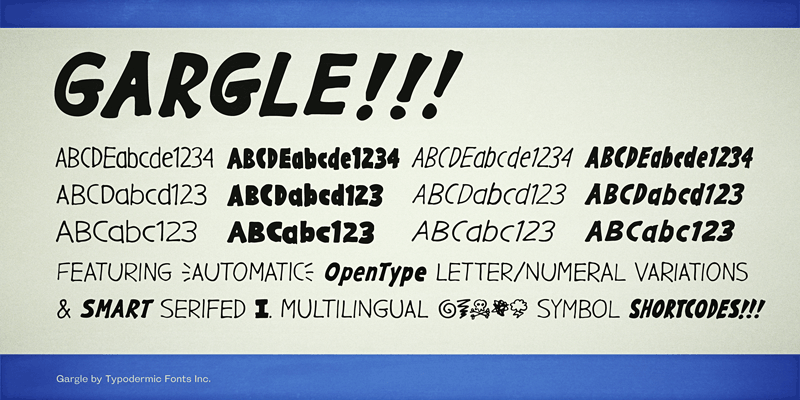