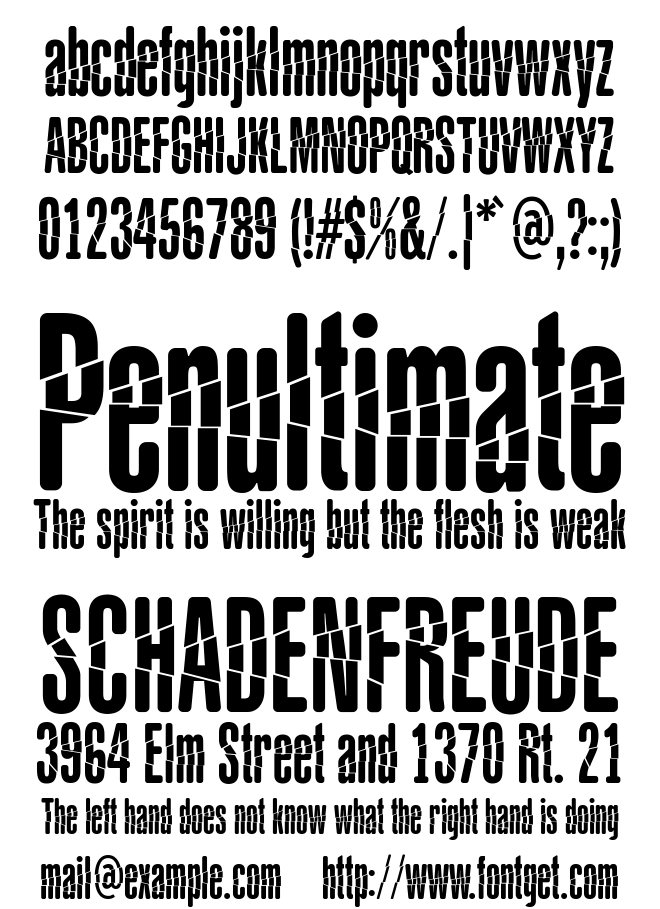 This typeface is an experiment in cracked and grotesque mutilation on my previous typography Sans Ultra Yacarena. This exercise brings to cut a stylistic timing source (mode) of which is not known until they endure in graphic design, meanwhile kicking butt in compositions poster design, Publicity or headlines editorial design.

Babalusa is a crocodile glasses "RayBan" American Caiman crocodilus having broken hearted female alligator Yacarena she met on a junket by brasileiro dock.

This source is Free for personal use and you can always distribute it to author name and web. If you are Graphic Designer or creative or want to use this font in commercial advertising or branding work, you can get a license by a free donation to the author. Thank you for your interest in typography Sabandija. 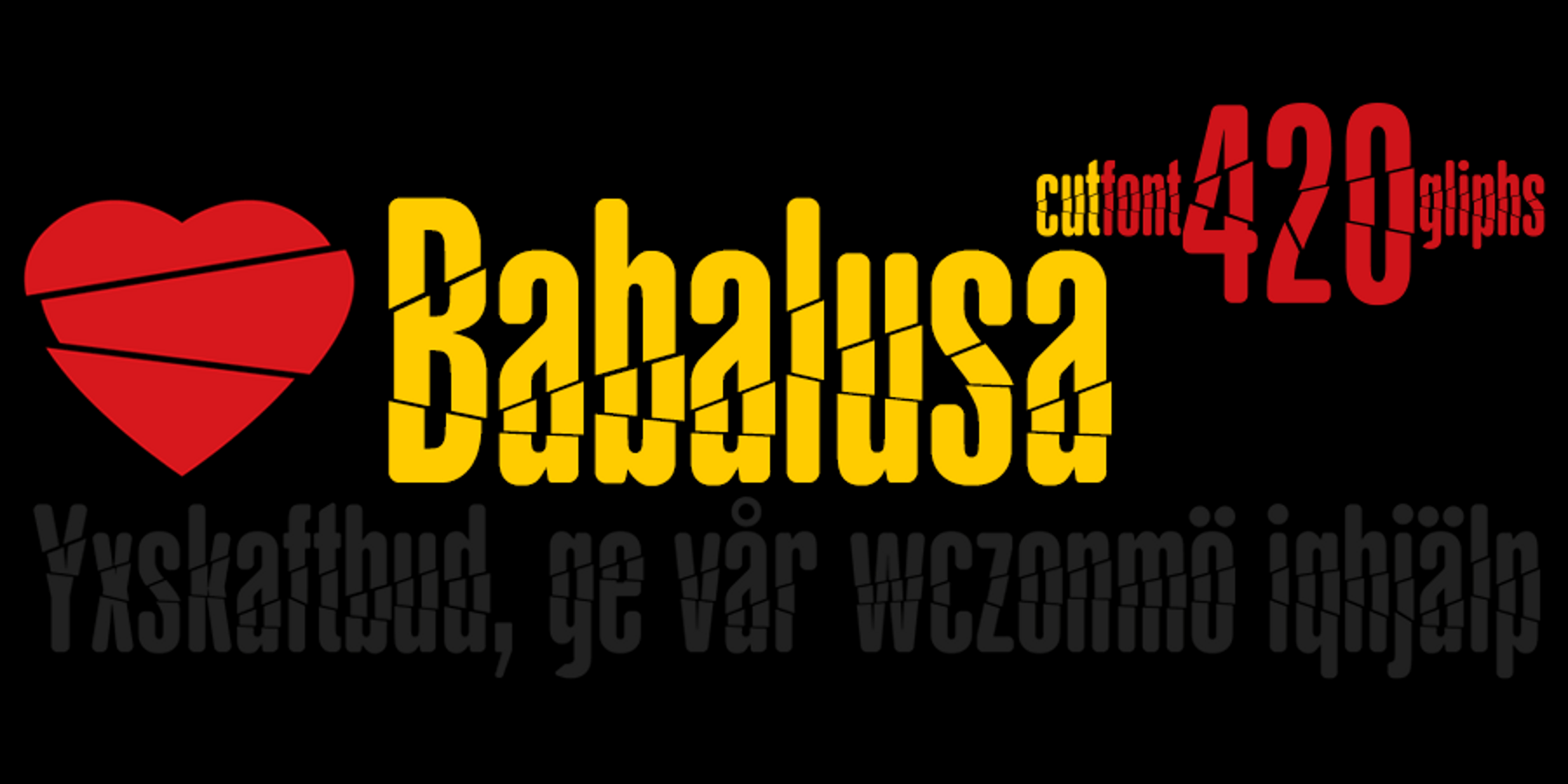 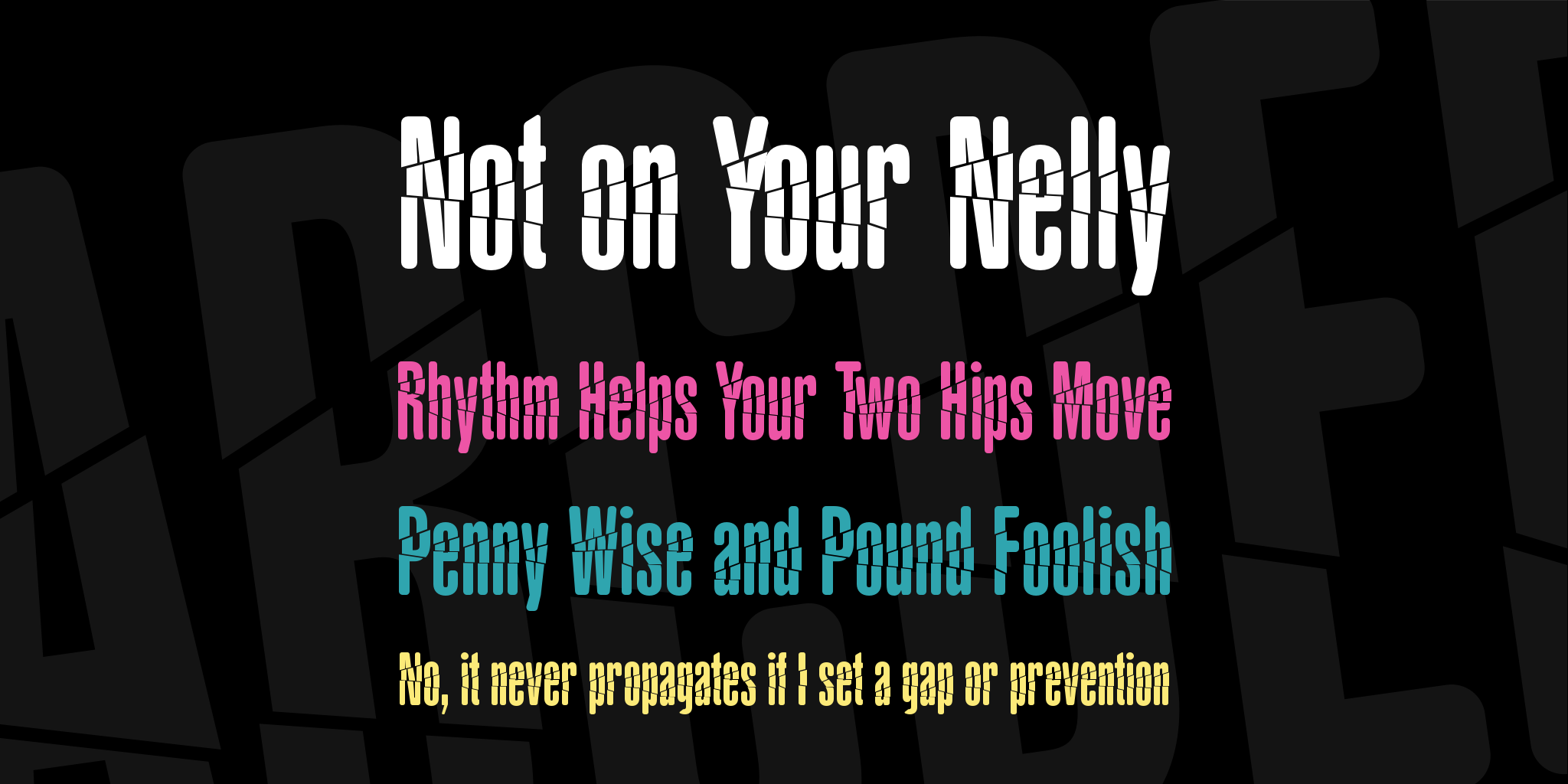 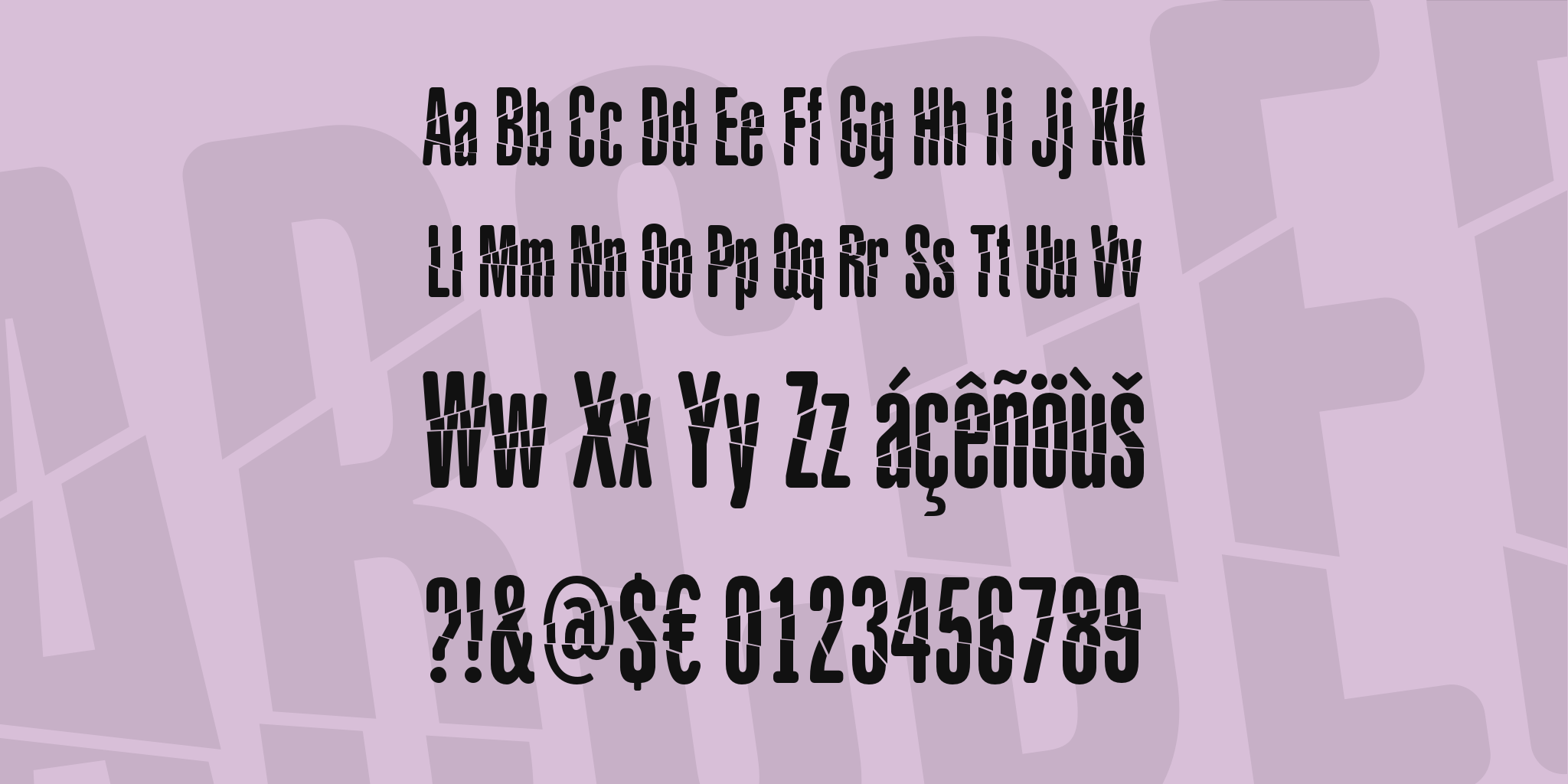