Pia Frauss
Xirwena Font Download is available free from FontGet. Xirwena is a Free Font for personal use created by Pia Frauss. Xirwena is a Regular type font that can be used on any device such as PC, Mac, Linux, iOS and Android. This font has 1 styles available ( Xirwena).
Test Drive Glyphs Licence Showcase
Filters 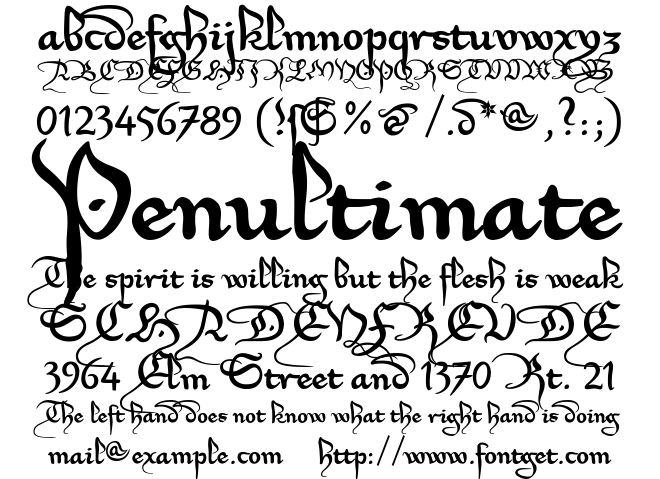 I hope you'll enjoy this font.

Xirwena is free for private use. For commercial use, please visit my Conditions of Use page.

This rather swashed font has been designed mostly out of my own imagination, loosely based on some lower case characters of a writing sample found in a book. Consisting merely of the beginning of merely three lines, that sample was called a Florentine Bastarda, with no date or origin given. Since I first published the Xirwena font, I've been so lucky as to discover that sample to show a detail of a manuscript copy of Dante's Divina Commedia, written in 1337, and commonly referred to as the Codex Trivulziano, since it is kept under lock and key by the Biblioteca Trivulziana at Milan, Italy (which institution, unfortunately, though it has been re-opened now after a period of restructuring, doesn't exhibit any images of its spectacular possessions on the Net). The term "Florentine Bastarda", at least, has turned out to be perfectly correct, as far as the lower case of my font is concerned. Its upper case glyphs, however, have been inspired by German Bastarda writings from various sources; they are no exact matches, though.

Xirwena is a fancy name, and the heraldic lily contained in the font has been inspired by the arms of the city of Florence.

* There is no number sign in this font. In its place, you'll find a long s.
* Moreover, you'll find a less space-consuming d on the bar sign...,
* ... as well as an ld ligature and a double l on the left and right curly brackets.
* The long s will show up as a double long s.

Update 2007 has moved the curly brackets to the fi and fl signs (or the masculine/feminine ordinal indicators, or the 'less/greater than or equal to' signs), has reduced the file size by redesigning the composite glyphs, and has corrected some minor flaws.

Update 2010 has redesigned all of the composite glyphs (correcting the dcaron, Lcaron/lcaron, and tcaron), and enlarged the dashes. 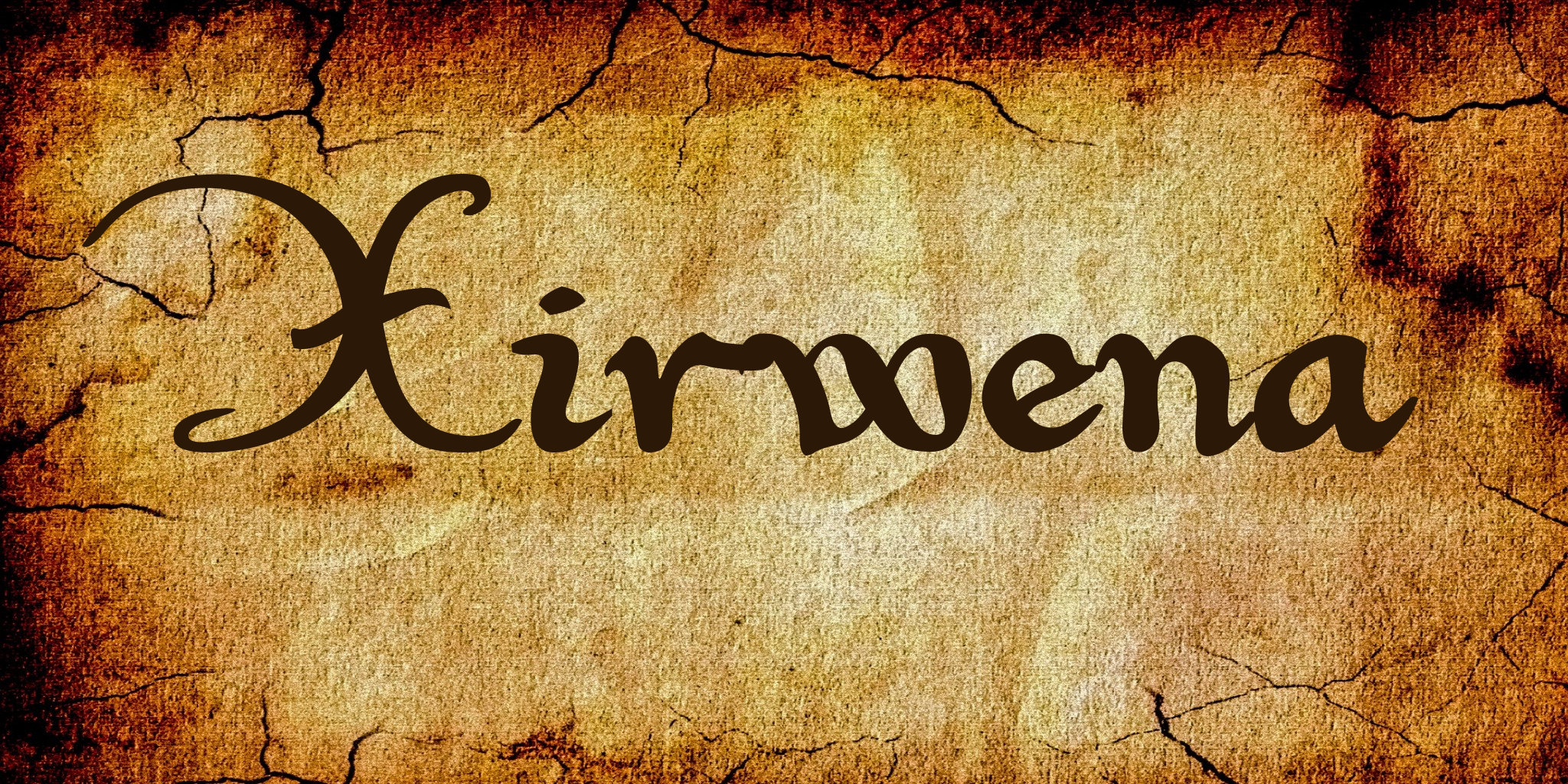 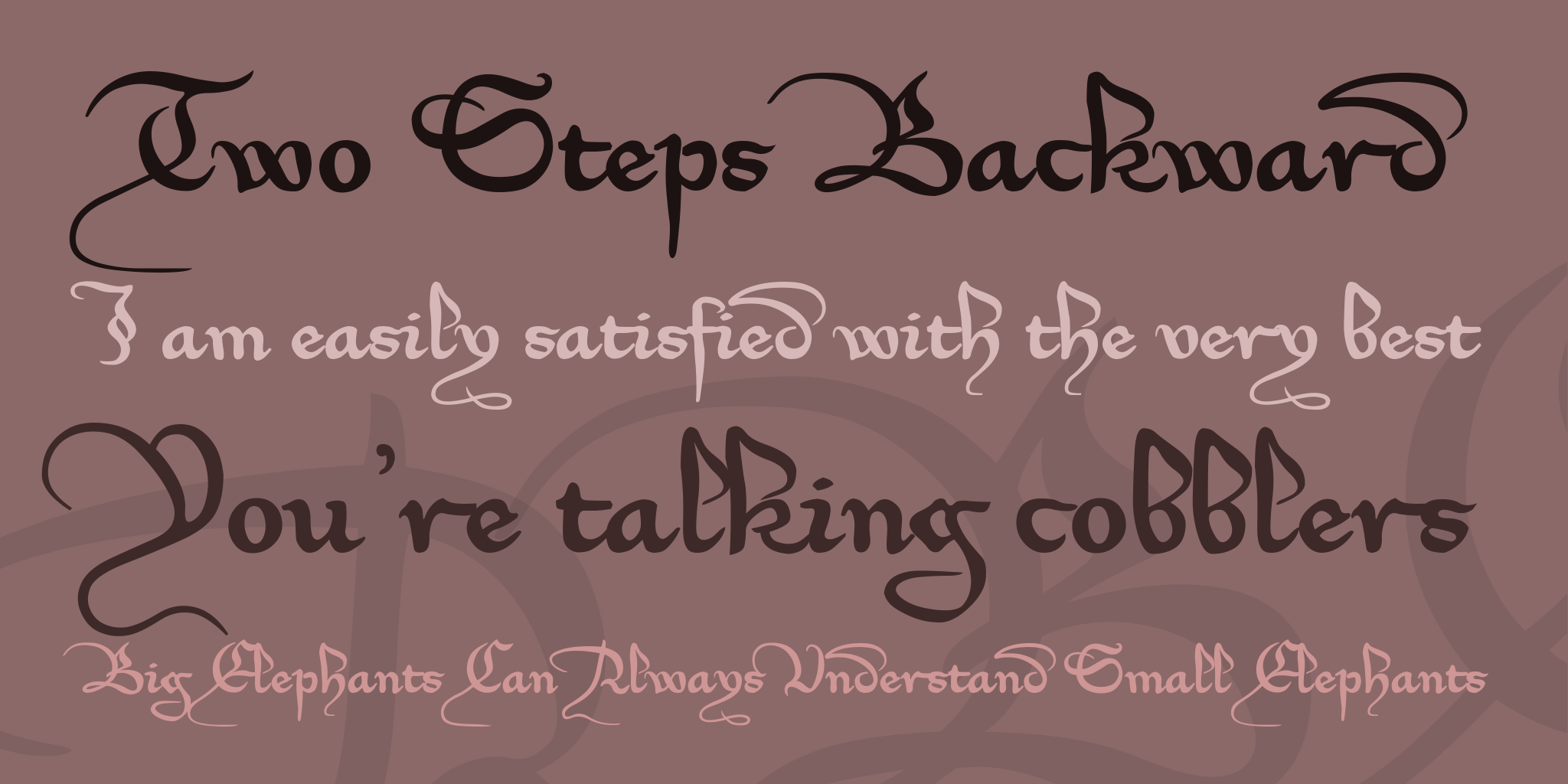 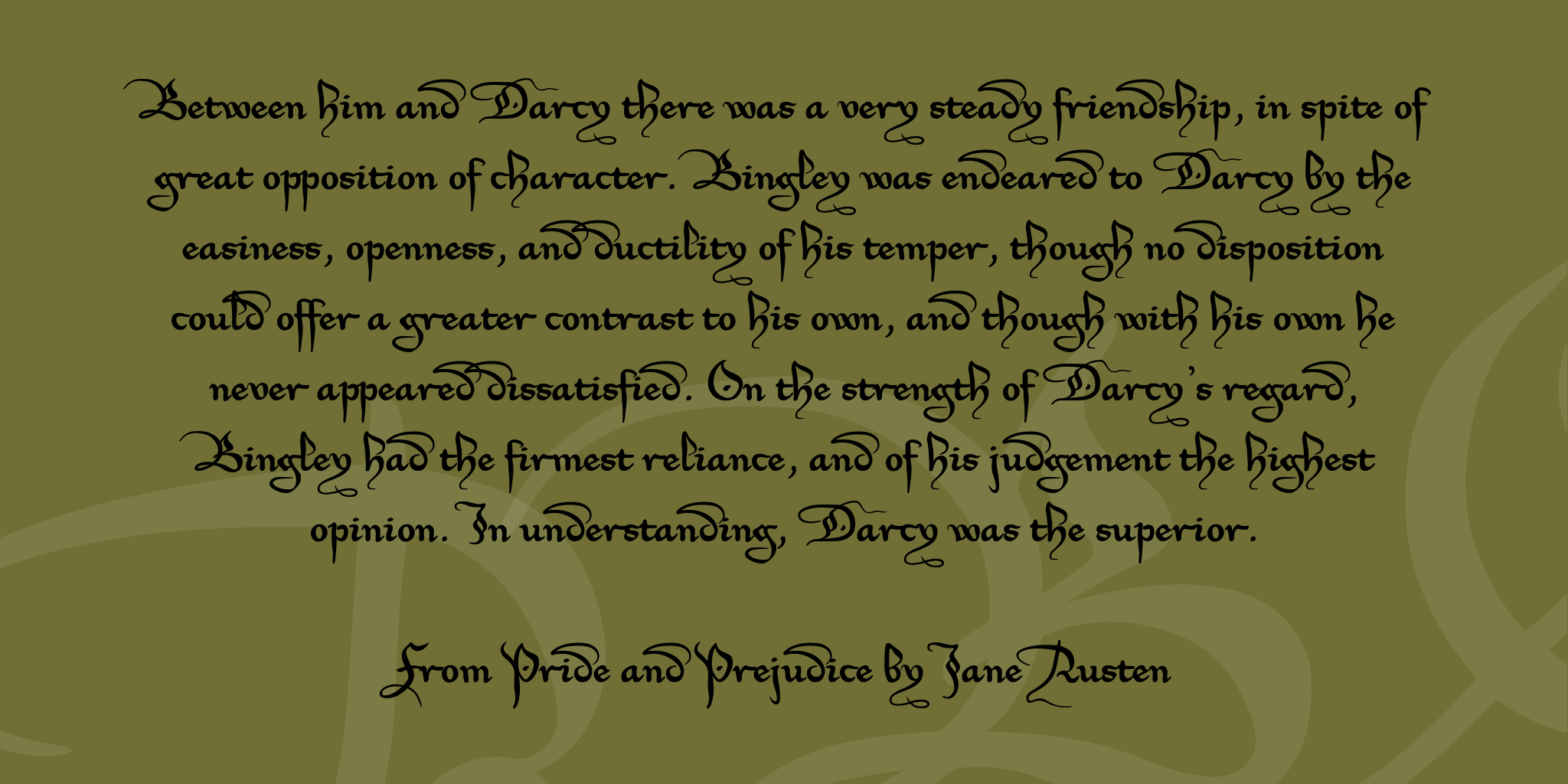 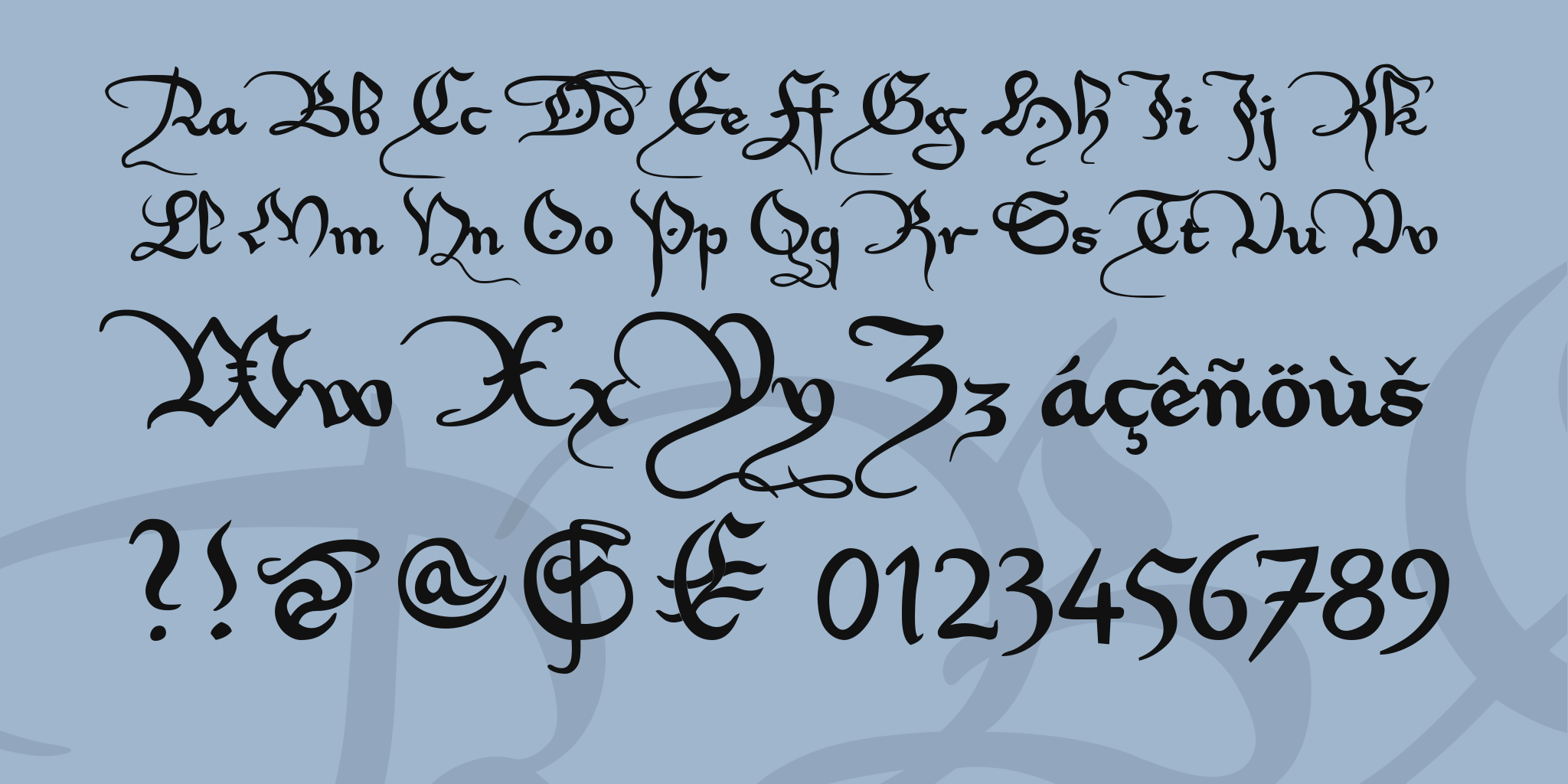